Pelvic Congestion Syndrome (PCS), also known as pelvic venous insufficiency is one of the causes of chronic pelvic pain in women. PCS is characterised by worsening pelvic pain on sitting or standing for a long time but relieved on lying flat. The pain can also be worse following urination or menstrual periods or intercourse.

The typical age of women with this condition ranges from 20 to 45 years and in women with multiple pregnancies. The weight gain and anatomic changes in the pelvic structures during pregnancy may cause enlarged ovarian and/or pelvic veins. Hormonal changes associated with pregnancy are also known to weaken the walls of the ovarian and/or pelvic veins. The dilated veins cause dysfunction of the vein valves leading to backward flow of blood that pools within the pelvis. This pressure results in pain in the pelvic region and may also cause visible abnormal veins.

PCS may go undiagnosed in many cases as the lie down position of the individual during the pelvic examination relieves the pressure over the ovarian veins and hence may not be noticed during the exam.

PCS is best diagnosed based on report of the patient’s symptoms experienced and physical examination. Your doctor may recommend imaging techniques to detect the presence of abnormal veins. These include:

Pelvic Venography is an invasive diagnostic procedure most commonly used to diagnose PCS. To conduct the venography, the patient lies on a tilting table. During the test, X-rays are used to visualise the abnormal veins. A contrast dye is injected through a catheter (small tube) placed in the veins of the pelvic region and the images are captured.

Pelvic ultrasound and Transvaginal ultrasound may also be performed to exclude other causes of chronic pelvic pain.

Ovarian vein embolization (OVE) is a minimally invasive treatment for PCS. This is usually performed as an outpatient procedure, with most patients going home after a few hours of observation and returning to normal activity within 24 hours.

OVE is an effective and safe procedure to block blood flow to the veins causing pelvic congestion. The procedure is performed using X-rays and a contrast dye to visualise the abnormal veins. Under the imaging-guidance, a catheter is placed in the blood vessel and advanced to the treatment site. A dye is then injected through the IV (intravenous) line and a series of X-rays are taken to locate the abnormal area. An embolic agent (medication) is then introduced into the catheter and additional X-rays are taken to confirm all the abnormal veins are embolized. This blocks the blood flow in these veins and subsequent pooling of blood within the pelvis is prevented. 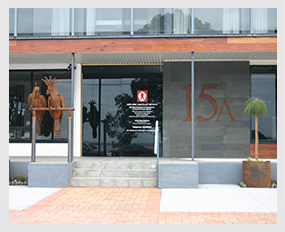